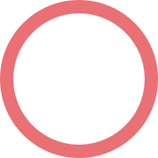 From January 2023 Die Dargebotene Hand will also be there for people, who speak English. The new line in English, "Heart2Heart", can be reached daily from 6 pm to 11 pm through the toll free number 0800 143 000.

More and more English-speaking people living in Switzerland are not able to communicate in one of the national languages. In urban areas such as Zurich, the number of English-speaking residents has increased almost sevenfold in the past twenty years, to over 12 percent of the population. This percentage is similarly high in the canton of Zug and in the Lake Geneva region.

The impact of the increasing number of English-speaking people is already being felt by Die Dargebotene Hand. Although the services of Tel 143 are currently only available in the respective national languages, a rising number of callers are requesting a conversation in English. In recent times, the number of English-speaking callers contacting Die Dargebotene Hand in the Zurich region has doubled from year to year. Even though many of these people have a basic knowledge of a national language, they are not always able to talk about their problems in German, French or Italian in crisis situations.

As the best known low-threshold psychosocial hotline, Die Dargebotene Hand also wants to be accessible to the largest non-national language group in Switzerland. English-speaking people calling Tel 143 should not have to rely simply on luck in reaching a person with good enough English language skills to talk with them. Starting on 1 January 2023, Tel 143 will therefore offer a dedicated English-speaking service. This service can be reached daily from 6 pm to 11 pm from all over Switzerland via the toll-free number 0800 143 000.

The name of the new line, "Heart2Heart", refers to the confidential conversations offered by Die Dargebotene Hand. Whether you have worries, difficulties, crises or even joyful news, no topic is too big or too small to be shared with one of the specially trained team members at Heart2Heart. All co-workers at Heart2Heart are either native English-speakers or have a very good command of English.